I read on the weekend that ” More than one in four cases where police use force involves someone suffering a psychological issue.” That’s in my city. The statistic is alarming -and I don’t believe the story is better in many other big cities in the world.

Thankfully the same article talks about changes in police training, “Under the new training police are being instructed to identify signs of depression and paranoia and are being taught to develop a rapport with people suffering mental issues.” 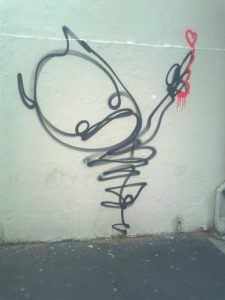 It is no surprise to me that police “…have found that the traditional authoritarian approach can escalate issues resulting in a disproportionate reliance on force to deal with irrational offenders.”

Another story by the same journalist and published the same day states that “Police are trained to take control in potentially violent situations. There is an escalating scale of responses, beginning with an assertive approach followed by aggressive commands. If the situation deteriorates, then police may use threats (”Back off now or you’ll be in the back of the van”) and, if all else fails, they can use force. But these ”we’re the boss” tactics can go horribly wrong if the subject is not rational. As police ramp up their response, the confused person on the other side sees only a threat. Too often the endplay can be fatal.”

I am glad John Silvester, a respected journalist, has covered the issue, pointing out that people with mental health issues are over represented as the targets of crime and as crime offenders.

There has to be a better way.

Imagine if police responded less to what people say and listen for the feeling in tense or confronting situations. They might hear angst or desperation and they might handle things differently.