An article in the UK Guardian today describes the silence around suicide as deathly. 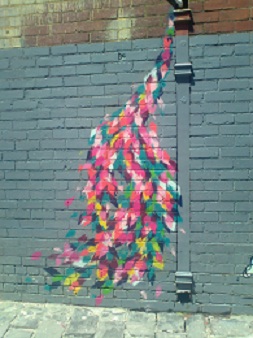 The organisation described in the story is Campaign Against Living Miserably – CALM – a suicide prevention charity. They ran a “poll [in November 2010] and it showed that nine out of 10 people haven’t a clue that suicide is the biggest killer of young men. [The unawareness is] deeply shocking. Awareness is even worse among young men themselves…”

Awareness – yes – of course greater awareness around depression and suicide is needed, I didn’t know the condition and I underestimated the risks…

My own knowledge may or might not have made a difference but awareness by me, people I know and everyone generally would have helped. Specifically I think that would mean having less stigma associated with depression and emotional well being, and being able to confide or even broadcast how you are feeling with impunity, without risk or favour. It is hard to imagine a work environment where Mottsu may have been able to admit to his deep depression, find acceptance, and not have suffered from some form of ongoing stigma. He didn’t even feel able to take time off work, he didn’t perceive sufficient tolerance to allow him to be open about his well-being back when he could have used understanding, and maybe not today but I hope the future will be different.

Awareness and prevention sound like very different efforts to me, the intent behind each seems quite different. To me awareness could be more achievable than prevention per se, although inevitably one would lead to the other. Wouldn’t it?

CALM is here and their helpline within London is 0808 802 5858. If you, or someone you know, needs emotional support call Lifeline on 13 11 14 in Australia. Crisis counselling is available around the world.