A much loved Melbourne football coach died this week, Allan Jeans. Many from the sporting fraternity shared their tributes in the daily paper. Kim Hughes, a former Australian Test Cricket Captain, said “He’s one of the greatest people I’ve ever met. I just wish I’d got to know him a lot more.” 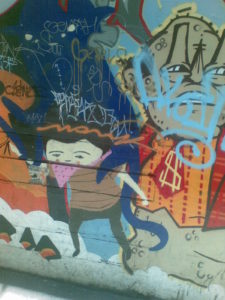 When I read that comment I immediately felt annoyed, on reading it again now I am less annoyed. I think it was the regret Hughes expressed that disturbed me. I am troubled that we harbour regrets after someone dies, and of course there are always regrets.

It seems to be a natural thing to be surprised by death. It is almost as if dying is something that happens to others, and there’s something unexpected in the experience when we are touched by death. I wait for death everyday, I still expect others to die rather than me, but I know it is around. It’s not that I’m dreadfully morbid but maybe realistically so.

Sometimes when the phone rings at night I answer with trepidation expecting sad news. I try to prepare myself for the unexpected. I am saddened by every loss but rarely surprised, and even less often do I feel regret about what I could or should have done.

It might be something I have come to terms with since Mottsu’s death. In the aftermath of the loss of him I felt incredible shock and surprise and regret, for almost everything I had and everything I hadn’t done. Grieving is different altogether to regret and it’s easier now, years later, to accept that people to go when it is their time.

Allan Jeans died at age 77, when exactly was Kim Hughes going to get to know him better? For me it’s an odd, uncomfortable, regret, and I can’t know what Hughes really meant from one brief quote in the newspaper.

Eulogies should celebrate, when eulogies are published and read, it is too late for regrets.