Happiness as a disorder

Our moods sit somewhere along a continuum, with melancholy at one end and happiness as the polarity. The more desired states are at the happy end of the range. 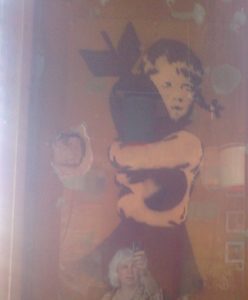 The pursuit of happiness is recorded as an inalienable right in the US declaration of independence. This century we are pursuing happiness more deliberately than ever before. The proliferation on self-help books on the subject are testament to out quest for happiness. Our consumption levels of anti-depressants has never been higher. Can you believe that “…23% of women in their 40s and 50s take antidepressants” ? I have argued before that depression and melancholy should be regarded as normal rather abnormal states. Given the prevalence of depression, it would seem to be something usual, if not expected. Entirely normal. Depression is not something we seek or desire, but I believe it is a normal state, even as one we usually wish to avoid.

Psychology,as a discipline, has been around for a bit under 150 years. The focus has been on curing what has been regarded as abnormal, our neurosis and psychosis. Psychology is primarily concerned about those states which are not wanted, those we negatively value.

What a challenge to our everyday thinking it would be if happiness were regarded as a psychiatric disorder, a cause for therapeutic concern. I am delighted that friend came across this paper by Richard Bentall from 1992; A Proposal to Classify Happiness as a Psychiatric Disorder. Bentall argues

…that happiness meets all reasonable criteria for a psychiatric disorder. It is statistically abnormal, consists of a discrete cluster of symptoms, there is at least some evidence that it reflects the abnormal functioning of the central nervous system, and it is associated with various cognitive abnormalities – in particular, a lack of contact with reality.

I love his thinking and how it addresses what I see as a societal attitudinal imbalance. On the continuum I mentioned, where one state exists the other must too. Reading Bentall’s paper makes me happy, there could be something wrong with me…