One fine day in the middle of the night,
Two dead boys got up to fight,
Back to back they faced each other,
Drew their swords and shot each other 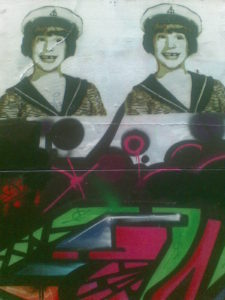 That makes as much sense as the twins in Colorado who shot themselves in an apparent suicide pact. One of twins became the third person to die by suicide at the, ironically named, Family Shooting Center since 2004 the other survived. Senseless.

Early new reports centred on police investigations and questions of why. The police were unable to determine why the twins shot themselves. It surprises me that the investigators might have thought that the event could be explained with logic. I can’t imagine that logic could even begin to explain what happened. What reason would make sense of this tragic event?

In another report I read that there was no suicide note found. Interesting observation.

My heart goes out to the parents, family and friends of the twins Kristin and Candice, this must be a very difficult time for them. I hope they find solace, in time, even without explanations, understanding or reasons.

Investigators did finally concede that they will never know ‘why’.