The Coroner’s Notice of Completion

When someone dies by suicide in Australia, and probably in other places, there is an investigation by the police and the coroner. For me it was a harrowing experience, particularly traumatic was spending a few hours being interviewed by the police the day after Mottsu’s body was found. The trauma was around the facts and details, the reality. The police were kind and respectful. I was numb and taking almost nothing in.

The investigation was a formal and unhurried process. The Notice of Completion of the Corner’s Investigation arrived on 8 October almost 7 months after Mottsu’s death. It included the Record of Investigation into Death, an unemotional report of the facts, it was destitute of adjectives or embellishment. 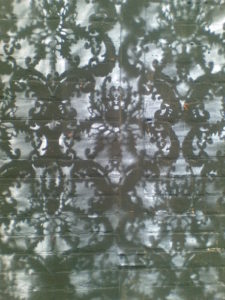 The Coroner looks at the statements contained in the brief of evidence compiled by the police and establishes a cause of death. The Coroner’s determination sets out the facts of the case based on a toxicology report and the conclusions of the police investigation.

That day, even with letter from the Coroner in hand, there was no comfort in knowing that Mottsu’s death, an event that was still incomprehensible to me, had been investigated to the satisfaction of the official bodies.

The Coroner had warned me by mail that a finding would be forwarded by 7 October. Even so the report was unexpected when it arrived a day late. Standing in front of my house, in the weak sunshine of a cold October day, I scanned the letter before losing focus. The light dimmed and the dark type became indistinguishable from the white pages. My physical reaction to what I read was immediate, a creeping chill surfaced from somewhere within and I started to shiver.

My already dulled heart slowed as I realised things that I have wondered about myself were being confirmed as true. I didn’t know him, I didn’t understand him and I didn’t help him. Guilt and blame welled up in me and I turned as cold on the inside as my shivering exterior.

There’s nothing about his last day and the act of drowning that I hadn’t explored in repeated deranged imaginings. I know it takes up to 87 seconds to drown, before air is expelled from a drowning person’s lungs and painfully replaced with water. I’ve imagined myself sitting on the riverbank numb and confused as he did. I’ve wondered what sort of determination it took to make a step into the murky water. He took his shoes off, left his glasses on, and kept his wallet along with the car key in his pockets. Incredibly, Mottsu left his glasses on, he was blind without them, he saw what he was doing. There is no question of anything accidental.

His house keys were left at home, when he drove off serious and unsmiling that last morning. He knew he would not return and would not need to open the front door.

It shouldn’t be possible to discover unknown territories of someone so dearly loved. I thought I knew him, It’s not the clinical facts of his death that caught me by surprise as much as an unknown piece of his past. The Coroner stunned me with something I didn’t know and hadn’t imagined, and not about his death, but from a time before we met. “Mr Mottsu suffered a major depressive episode in his early adulthood which required hospitalisation and did not wish his current episode to end in a similar fashion”. I’m overcome by the force of that sentence, Mottsu had never disclosed a hospitalisation to me. I don’t know how such a significant event might have been left out, not shared. Was it not important enough or perhaps too important to have confided about or even hinted at in 18 years? It was a significant episode, and one that he took deliberate measures to avoid again. He hadn’t told me, his parents had no knowledge of it, but he had confided in someone – that fact was recorded in the Coroner’s Notice of Completion.

There is a little more to this story mostly my own reactions to learning about somebody and what they were struggling through when it is too late to change anything.
Right now writing that part is feeling very heavy to do, I need to stop and breathe. Reading it might not be easy either – there’s another post to complete this story.

Crisis counselling is available around the world. In Australia Life Line 13 11 14.