The ignominy of depression

It is a question without a definitive answer, a question that highlights our wanting to better understand a terrifying affliction and, oddly, to apportion blame. Who, or what, is responsible? Maybe by identifying a cause we hope that a method of healing might be identified. Perhaps it is the idea of culpability. Cancer, for example, can be easier to explain. We know more about the causes of cancer and it can often be traced to environmental factors beyond our control. Depression is more likely to be regarded, even if this is not said out loud, as an individual failing. While learning more about depression by asking questions the judgments and assumptions made about people with depression are as vile as any cancer. 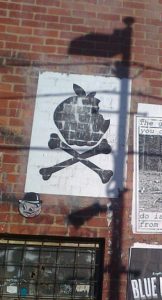 Consider how people with cancer are routinely described as engaging in a battle with their affliction. The term is most often used when someone ‘loses’ their battle with cancer, although the triumph of a survivor is also described in terms of ‘overcoming’ a battle with cancer. The implication is that cancer is a crusade, or perhaps that enduring the treatment is a noble battle.

People with depression are more likely to be regarded as selfish and self-absorbed. As an affliction depression is isolating, that is one of the characteristics of the condition, the attitudes of society friends and even family can serve reinforce that isolation. We don’t understand depression, we can’t explain it and very often we can’t help either. The hopelessness of depression has a miasmic quality that envelopes others, it’s toxic if not contagious. It is difficult to deal with and near impossible to fight but depression is every bit the battle that cancer demands. It is a grave battle with oneself, with your own mind turned in on itself. There are few visible wounds and still it is an absorbing desperate battle. At it’s height, or perhaps I should say bottom, it is fought minute by minute.

Cancer and depression are not really related, both are unwelcome and harrowing to live with. Both are potentially fatal conditions, I have merely, but perhaps unfairly, used one to highlight how the other is regarded. It does bother me that cancer calls for chivalry while depression is often reproached as somehow contemptuous. That is the ignominy and stigma of depression.