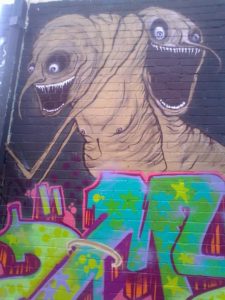 Today a fabulous balanced article that explores the attitudes, opinions and work of Gail Hornstein. She views people as experts of their own experience, and advocates against the use medical labels in diagnosing conditions of emotional distress. She recommends we listen to people in distressed states before making assumptions and pathologising their condition. It might sound trite but I love her work, both what she says and the even-handed way she says it – she speaks from experience.

Gail Horstein is tackling the “... skepticism that people labelled with being ‘mentally ill’ can get better” she regards that issue as “…one of the great tragedies of psychiatry”. She also notes the enormous influence of drug companies on defining mental conditions…

Professor Hornstein also says that “The great conundrum in psychiatry that every single method that has been invented works for some people and not for others. That’s true for lobotomy, shock treatment, medication, psychotherapy and peer support. If there were a magic bullet it would long ago have been discovered and everyone would be using it. But every psychiatric method has been oversold in a burst of enthusiasm by it’s inventors. I say this for methods I support as well as methods that I don’t.” She echo’s what I have heard stated informally by friends in the psychiatric profession.

I join her in urging us to remember that “no matter how serious someone’s emotional difficulties have been they can recover.”

My thanks to Will Hall who posted the link to Hornstein’s article on an email string I subscribe to.