Back to the death of Gary Speed as the outcome of the Coroners Inquest has been reported in the news.

The coroner could not say if his death was intentional or accidental. While intent was discussed it was not possible to determine from the circumstances. The conclusion of one journalist is that this is “…utterly baffling”. 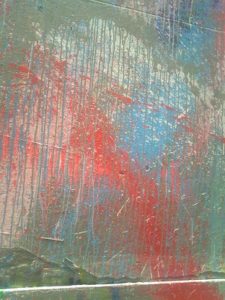 Suicide, for the most part, is utterly baffling, that’s a conclusion readily reached by grieving family, friends, and colleagues. Those left behind will inevitably remember a person with much to live for. The loss is very painful and cannot be comprehended without empathy for a suicidal mind. It is also known that an individual’s suicidal intent can dissipate, the act may be contemplated but not completed. That is, after all, the premise underscoring suicide prevention efforts, even in the last minutes an intervention is possible, or a change of heart. What happened here?

Gary Speed sat on the steps of his garage with a ligature of cable around his neck, the other end tied to the banister. Perhaps he was contemplating suicide or threatening the same. I know less than the coroner and can only guess. Intentional self-determination or an accident?

The coroner stated that it was possible that Gary Speed nodded off and slipped causing his death. To say in retrospect, if his actions were those of contemplation or an ultimatum is not possible. Troubling and utterly baffling…

Suicide is defies an simple explanation and is typically regarded as without moral justification. It is surrounded by questions without definitive answers, religious, philosophical and psychological questions and it remains confronting and utterly baffling…