News started emerging on the weekend that Diana Bliss had died by suicide.

Ms Bliss, despite her own many accomplishments, was best known as the wife of Alan Bond, the man who backed the America’s Cup challenge in 1983 that saw the trophy in the hands of someone other than the New York Club for the first time.

Unsurprisingly her family and friends are reported as distressed and devastated. They knew she was deeply troubled and that she was seeking support and care for her depression. 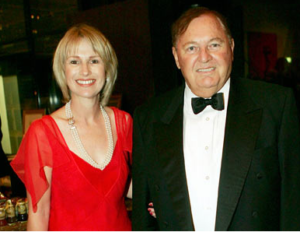 Reports didn’t mention suicide but they alluded to it with the standard statement: “Police said there were no suspicious circumstances.” A euphemism which does not protect anybody’s sensibilities. What is being reported is widely understood for what it is.

Suicide should be reported with simplicity, sensitivity, and clarity. Doing otherwise does not diminish the stigma surrounding deep depression and its possible consequences but rather, reinforces the opinion that this is a, perhaps, offensive and taboo topic. Shhh…