What would lead you to not crack up and quit?

It was 21 May 2006, I was returning to Melbourne after the City to Casino run, flight QF1012 and sitting in 4C. I still have the boarding pass it has been preserved between the pages of the book I read on that flight. 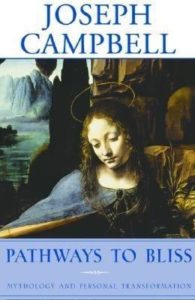 “You might ask yourself the question: if I were confronted with a situation of total disaster, if everything I loved and thought I lived for were devastated, what would I live for? If I were to come home and find my family murdered, my house burned up, or my career wiped out by some disaster or another, what would sustain me? We read about these thing every day and we think, well that only happens to other people. But what if it happened to me? What would lead me to know that I could go on living and not just crack up and quit?

…In our day, however, there is great confusion. We’re thrown back on ourselves and we have to find that thing which, in truth, works for us as individuals. Now how does one do this?” (p. 88)

There are some big questions asked in that passage. I was finding my feet, clad in running shoes. I was up and running, my direction was not so clear, but becoming clearer. There was no set destination. Importantly/amazingly/defiantly I had gone on living, I hadn’t cracked up and quit, it had almost happened while on auto-pilot, without thinking about what next…

I did sit around for a while hoping to be wakened from a nightmare, or to be rescued. That evening Campbell’s words resonated, I realised the importance of finding what worked for me as an individual. It was two years and two months since Mottsu’s death, that’s how long it took before starting to emerge from mourning.

That was me, it will be different for you.