Word use in the poetry of poets who die by suicide

In 2001 Stirman and Pennebaker published a research project: Word Use in the Poetry of Suicidal and Non-suicidal Poets. 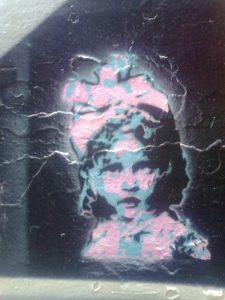 It could be because of the expressive nature of poetry or maybe because of particular artistic temperament of those drawn to the medium, that the researchers note the suicide rate among poets is higher than occurs in the general population and also higher than other writers who use other literary forms.

With that observation as a starting point the researchers complete a word analysis of poems by writers who die by suicide and the poems of a control group who died by other causes. The results are interesting as the text analysis of poems supported the theory that suicidal people withdraw from social relationships and become more inwardly oriented, focused on themselves. The text analysis looked for more first person self references and fewer references to others and found them. Suicidal poets were also found to use more death words like dead and grave, but overall they did not use more dark and negative content words than the non-suicidal poets.

The researchers note that “The text-analysis approach to analyzing the poetry of suicidal individuals indicates that a combination of factors can also discerned in the writing of suicidal individuals. That is, text analysis can be used as a tool for understanding the way that psychological pain, preoccupation with death and self and association between thought and feeling can be manifested in writing and potentially predict (or indicate the current state of) psychological and emotional health”. Stirman, S. W. Pennebaker, J. W. (2001) Word use in the poetry of suicidal and non-suicidal poets. Psychosomatic Medicine, 63, 517 – 522.

Perhaps poetry is a medium that allows what is on the inside, and could not otherwise be articulated, to find expression.