“Yes! A bruise” said a guy proudly showing his friends his accomplishment, a blue stain. I was passing the National Institute for Circus Arts when I overheard his lunch time conversation with friends. A bruise isn’t often celebrated with his sort of gusto, he was a circus student perhaps with an inherent sense of the spectacular. 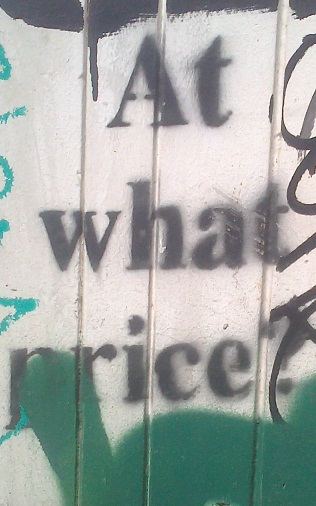 He was obviously proud of his bruise and I can’t say what sort of acrobatic feats or misadventure won him the mark. I can say there was an air of triumph, the bruise had been well earned, it represented something. It was prized.

We all carry bruises but some aren’t visible, earned through emotional rather than physical travails. Given a choice I would have chosen to avoid some of my life experiences, but sometimes there is little choice about what befalls me or the world. Then again having made it through something challenging, dark or unwanted, I would rarely wish to go back. I don’t celebrate misadventure, I don’t value where the “Yes! A bruise!” sensation starts, some things can only be appreciated in hindsight – and then it is a matter of growing through experiences, if not exactly celebrating them.

Each experience, even the black and the bleak, changes me shaping my identity in ways I would, mostly, rather not undo.

I will stress that I am talking metaphorically of bruises gained through life experiences, having injuries inflicted by physical violence is something else entirely. I want to also note that while some say no pain no gain, and I mostly prefer a version that says no pain no pain.

Ill fortune has taught me things I wouldn’t otherwise know, a strident demanding teacher. If not for adversity I might not have known of qualities, that I am sometimes admired for, like my resilience and bounce.

Many things are not all good nor are they all bad. Some of us, like the circus student create our challenges by pushing ourselves, while others like me have challenges presented and pull ourselves through.